If the waste you want to get rid of is too big for your bin or if it just doesn’t belong in there, we advise that you book our rubbish removal service in Dartford DA1. Our service is a great and inexpensive alternative to hiring a costly skip. We are licensed and vetted and also very careful and reliable. We do fast junk collection of small and big waste, including electrical appliances, garden refuse, builder’s rubbish, home improvement litter, office junk, bric-a-brac, and furniture. Get to us by giving us a call on 020 8099 9819 or contacting us via expresswasteremovals@gmail.com. You won’t regret it. 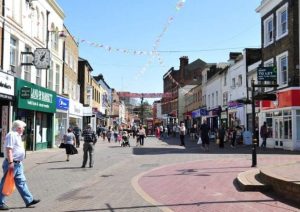 Dartford is the main town within the Borough of Dartford, Kent. It lies in postcode areas DA1 and DA2. A formal park called Central park now houses numerous community events. There is a local library and museum. When it comes to entertainment and culture, the area is known for its Mick Jagger Centre and Orchard Theatre. Quite a lot of notable people have lived in Dartford or were born here. These include British champion boxer Dave Charnley, film director Andrea Arnold, football player Malcolm Allison, and vocalist and songwriter Mick Jagger (The Rolling Stones).