Our company specialises in rubbish removal in Dartford DA2. We are proud to offer low-cost solutions to residents from all of London seven days a week. Our company has been around for a long time and we have the know-how to provide hassle-free and effective completion of the job that won’t leave you struggling with your budget. We offer office rubbish removal, garden refuses clearance, as well as disposal of lightweight and heavy junk, as in kitchen appliances, pieces of furniture, home improvement leftovers and the like. We also remove builders’ waste. In other words, we’ve got what you need. Get in touch with us now using expresswasteremovals@gmail.com or 020 8099 9819. Don’t wait for later. 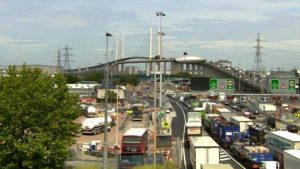 Dartford DA2 is a district in Kent, which lies in a valley. It is part of the Borough of Dartford. The River Darent, from which the district takes its name, flows through the town. It is known that the earliest industries included ales and beers brewing. There is a football club that competes in the National League South. The town is home to the Orchard Theatre and a performing arts venue called Mick Jagger Centre. The name stems from the fact that the famous songwriter Mick Jagger was born and resided in the district.